Welcome to our club, see you on the water! 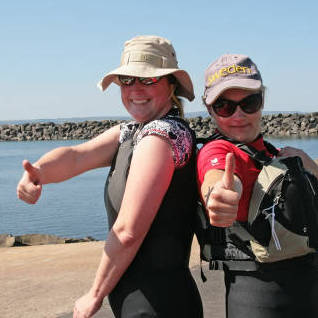 The club is open to all members of the public and is intended to promote kayaking and canoeing in a cross community environment.

We are mostly non-competitive and we aim to encourage people to feel safe and confident and able to enjoy paddlesports in a white-water or sea environment.

Over 1000 paddlers hit the water every year on over 200 trips across the North of Ireland, and occasional trips further afield.

Although mostly a sea kayaking club, our members enjoy participating in several of the canoeing or kayaking disciplines: open (canadian) canoeing, white-water, playboating (freestyle), surf and sea kayaking are all catered for.

The Club is a registered charity (Charity No. 106851), is affiliated to CANI, the Canoe Association of Northern Ireland (Reg. BCUNI/477/club/2002), and has been awarded Clubmark, the Sport-NI quality standard for Sports Clubs.

The Club Officers for 2020 are as follows: 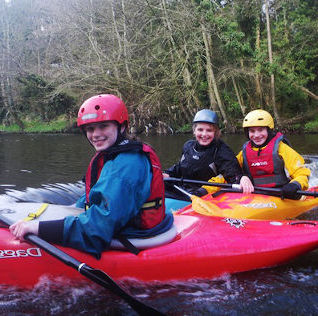 Getting started & Learning the basics

Taking your first steps in kayaking can be daunting. We want to help make it enjoyable! You can come and try paddling with us a few times before you join officially.

To build confidence and help develop good basic skills, we encourage as many people as possible to obtain British Canoeing personal skills awards.

We run a number of training courses every year, and can assess most of these awards in-house when you reach the relevant level. We can also teach you to roll in the pool.

To help us keep the equipment in working order and cover the costs of training coaches we ask for a donation of £5 if you need to borrow club equipment or attend a training session. 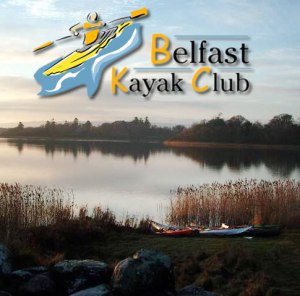 History of the club

Belfast Kayak Club was founded by John Napier and Mike Totten in early 2000, but was not formally constituted until 2003, when it was recognised as Charity XR60023 by the Inland Revenue. However, in many respects the Club is significantly older dating back some 12 years when Paddy Boyle and Brian Maguire began to run canoeing sessions in the Robinson Centre.

In recent years the pool sessions have been run by John Cunningham and Malcolm Vincent, with Greg Miller, Robert Montgomery, and Patricia Scovell taking people from the pool to the sea.

The Club funds and runs introductory canoeing courses for beginners and new members, working towards two and three star awards for club members. We run white water training paddles, and where possible organise white water safety and rescue courses for the more advanced members, and VHF courses to enable club members to get radio qualifications. Every two to three years we run a Rescue & Emergency Care (REC) First Aid course.

We aim for two weekend paddles a month that will include every discipline of the sport.

During the summer we continue our Tuesday Evening / Thursday Evening sea paddles around the North Irish coast.

We try to venture further afield when possible. Locations we have paddled include the River Barrow and the Spey River in Scotland, the Isle of Skye and the Isle of Mull. Paddlers have ventured from Belfast across the Irish Sea to the Isle of Man and to Scotland. The furthest trip has been a 14 day sea-kayaking expedition to Alaska.

Those of us who stay closer at home have fun on the Slalom Course at Shaw's Bridge, and on the Strangford, Blackwater and Bann canoe trails, and on Lough Erne. 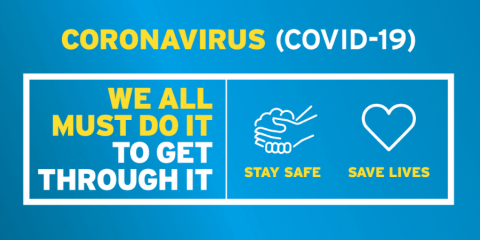 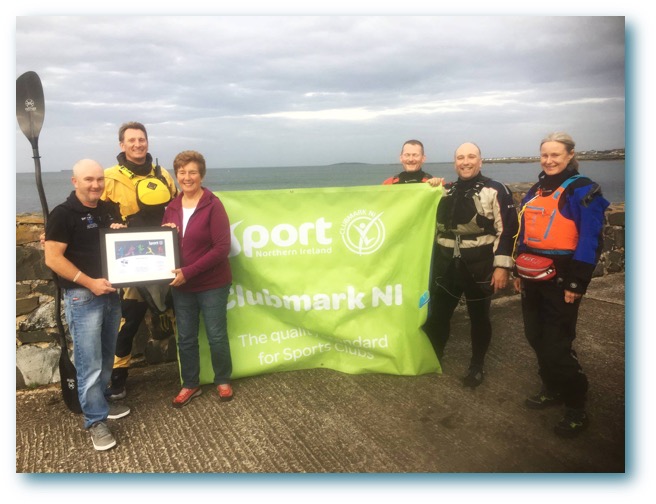 Privacy
We take your privacy seriously and we will only use your personal information to administer your account and provide our own services.
Your data and content
The information we hold is only used for the purposes of running this service.
Cookies and web log data
We use cookies for managing login sessions and we only collect standard web log data. Cookies and web log data are only used for managing our service.
Marketing
We will get your additional express opt-in consent before we share your personal data with any company or organisation outside Belfast Kayak Club for marketing purposes, and we have no plans to do this!

This message will appear every 90 days.

Think carefully before going out on the sea when the wind is over 20 km/h.